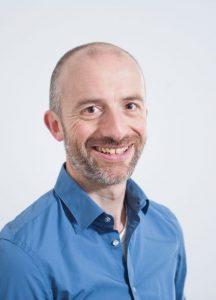 Igor Dijkers has been appointed to take over as Chair of the European Academy of Chiropractic (EAC) when Tom Michielsen steps down at the end of March.

‘We are delighted that Igor has agreed to step up and become the Chair of the EAC. His record of energy, commitment, knowledge and ability for innovation mean that the EAC will not simply continue to build on the achievements that Tom Michielsen spear-headed, it will grow and explore new ground. I very much look forward to working with him. I also want to take this opportunity to thank Tom once more for his invaluable contribution to the EAC.’

Igor graduated from AECC in 2005 and directly started studying functional neurology with the Carrick Institute in 2005. He gained the Diplomate of the American Board of Chiropractic Neurology in 2007. Igor is a Fellow of the European Academy of Chiropractic and has been the chair of the Special Interest Group in Neurology.